The objectives of a food and beverage control system may be summarised as follows:

● Analysis of income and expenditure : The analysis is solely concerned with the income and expenditure related to food and beverage operations. The revenue analysis is usually by each selling outlet, of such aspects as the volume of food and beverage
sales, the sales mix, the average spending power (ASP) of customers at various times of the day, and the number of customers served. The analysis of costs includes departmental food and beverage costs, portion costs and labour costs. The performance of each outlet can then be expressed in terms of the gross profit and the net margin (i.e. gross profit minus wages) and the net profit (i.e. gross profit minus wages and all
overhead expenses such as rent, rates, insurance, etc.).
● Establishment and maintenance of standards : The basis for the operation of any food and beverage outlet is the establishment of a set of standards which would be particular to an operation, for example, a chain of steak house restaurants. Unless standards are set no employee would know in detail the standards to be achieved nor could the employee’s performance be effectively measured by management. An efficient unit would have the set standards laid down in manuals often known as SOPs (standard operational procedures) which should be readily available to all staff for reference. Having set the standards, a difficult problem always for the management of an operation is to maintain these standards. This can be aided by regularly checking on the standards achieved by observation and analysis and by comments made by customers, and when necessary, conducting training courses to re-establish the standards.
● Pricing : An important objective of food and beverage control is to provide a sound basis for menu pricing including quotations for special functions. It is, therefore, important to determine food menu and beverage list prices in the light of accurate food and beverage costs and other main establishment costs as well as general market considerations, such as the average customer spending power, the prices charged by
competitors and the prices that the market will accept.
● Prevention of waste : In order to achieve performance standards for an establishment, targets are set for revenue, cost levels and profit margins. To achieve these levels of performance it is necessary to prevent wastage of materials caused by such things as poor preparation, over-production, failure to use standard recipes, etc. This can only be done with an efficient method of control, which covers the complete cycle of food and beverage control, from the basic policies of the organization to the management control after the operation has been completed. 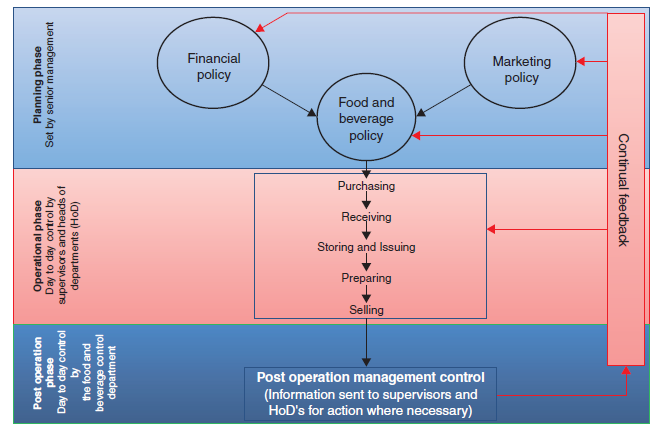 ● Prevention of fraud : It is necessary for a control system to prevent or at least restrict the possible areas of fraud by customers and staff. Typical areas of fraud by customers are such things as deliberately walking out without paying; unjustifiably claiming that the food or drink that they had partly or totally consumed was unpalatable and indicating that they will not pay for it; disputing the number of drinks served;
making payments by stolen cheques or credit cards. Typical areas of fraud by staff are overcharging or undercharging for items served and stealing of food, drink or cash.
● Management information : A system of control has an important task to fulfil in providing accurate up-to-date information for the preparation of periodical reports for management. This information should be sufficient so as to provide a complete
analysis of performance for each outlet of an establishment for comparison with set standards previously laid down (e.g. budget standards).

Information overload can be a major issue when managing an operation. Often management will be presented with enormous amount of reports and statistical Information that they may not know how to use or do not have the time to act upon.It is therefore imperative that depending on the size of the operation appropriate control is applied, for example, a small operation may not require daily, weekly and periodic reports whilst a larger operation will probably require them so that management may take both corrective and preventive action quickly. 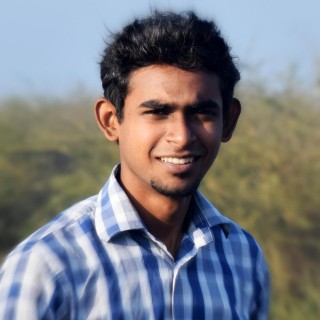